X
This site uses cookies to provide and improve your shopping experience. By continuing to use this site, you agree to accept these cookies.
For more information, please see our Cookies Page
More Info
Accept Cookies
We are open for business Monday- Friday 8am to 1pm and despatching on-line orders Orders placed by Tuesday are delivered the same week
Visits to the nursery by appointment only
Delivery of standard trees is restricted to within 30 miles. Call for delivery pricing. 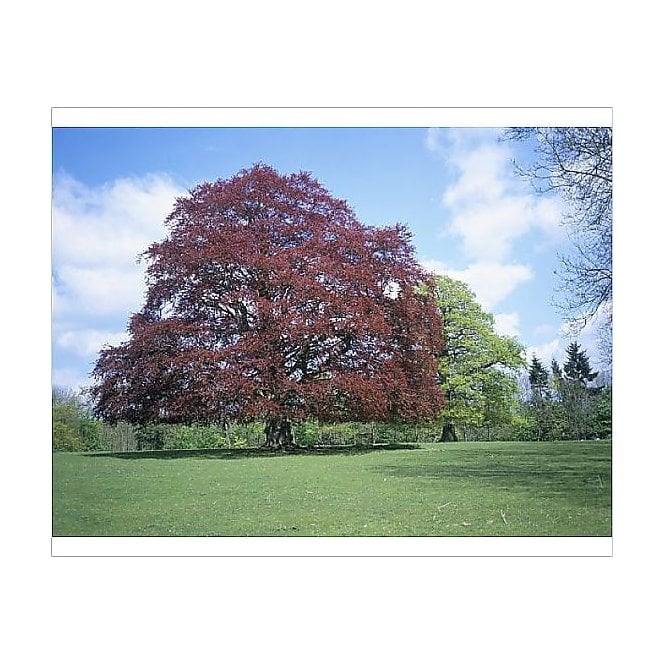 Copper Beech is a non-native member of the Fagaceae family. Somewhere around the 15th Century it appeared as a natural mutant variety. Copper Beech are perceived as ancient woodland where found growing naturally, but in fact many were planted quite recently. After the great storm many were not replaced and sycamore and ash, faster growing trees took over. The real native Copper Beech are only found South of the Severn.

Copper Beech are known  and grown as an ornamental tree , recognisable by their deep purple coppery,  coloured leaves perfect for lining avenues or as a single specimen in formal situations. Copper Beech are best in full sun showing off their majestic colour and height. Copper Beech grow  up to a height of 40m and can live up to 300 years old. Copper Beech are valuable to wildlife providing food from their leaves and nuts. The bark hosts fungi, mosses and lichens.

Copper Beech have thin bark and are known as the graffiti tree, as over the centuries, people have carved into their bark. Copper Beech like a well drained slightly acid type soil and grow well in a humid atmosphere.

Copper Beech have a short trunk and grow into a roughly oval or pyramid shape. Their wood is used in kitchens and furniture making.