X
This site uses cookies to provide and improve your shopping experience. By continuing to use this site, you agree to accept these cookies.
For more information, please see our Cookies Page
More Info
Accept Cookies
Visits to the nursery by appointment only
We are open Monday to Friday 8am to 1pm and able to despatch on-line orders
Delivery of standard trees is restricted to within 30 miles. Call for delivery pricing. 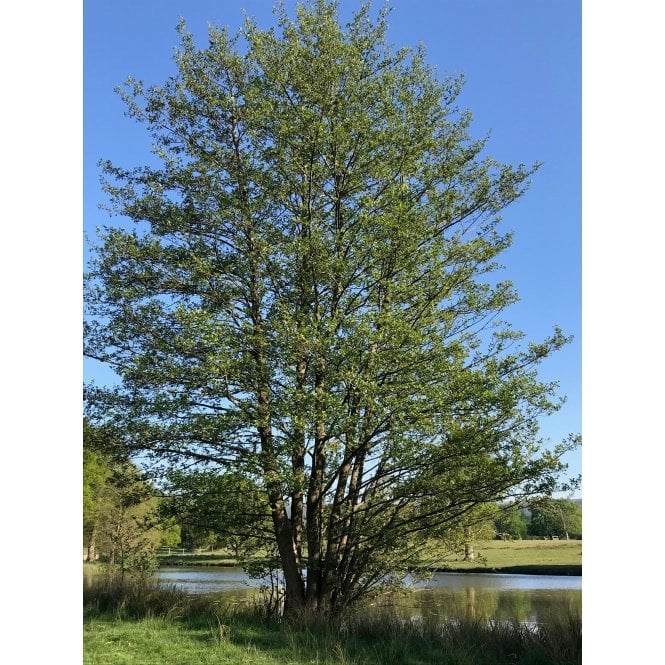 Alder trees are native to Britain and is also found throughout Europe as far as Siberia.

Alder trees are particularly noted for their important symbiotic relationship with a nitrogen-fixing bacterium called Frankia alni. This bacterium is found in the root nodules.

Conical in shape, mature alder trees can reach a height of around 20m and live to around 60 years. The bark is dark and fissured and is often covered in lichen.

Leaves: the purple or grey leaf buds form on long stems and the 3–9cm long dark green leaves are racquet-shaped and leathery, with serrated edges. The leaf tip is never pointed and is often indented.

Flowers: are on catkins which appear between February and April. Alder trees are monoecious, which means that both male and female flowers are found on the same tree. Male catkins are yellow and pendulous, measuring 2–6cm. Female catkins are green and oval-shaped, and are grouped in numbers of three to eight on each stalk.

Fruits: once pollinated by wind, the female catkins gradually become woody and appear as tiny, cone-like fruits in winter. They open up to release seeds, which are dispersed by wind and water.

Alder trees grow especially well in moist soils, by waterways and in boggy woodlands. The trees spread readily. Alder trees are generally an accommodating species capable of growing on all but the most infertile soils largely because of its nitrogen-fixing ability.

Alder has invasive roots that can break old water pipes and damage the foundations of old buildings or walls, therefore it is recommended that 15 metres away from vulnerable structures is a safe distance to plant Alder.

For Sales and Advice, or further details on our Alder Hedging Plants please call us on 01798 831008, or Email Us at Sales@millfarmplants.co.uk